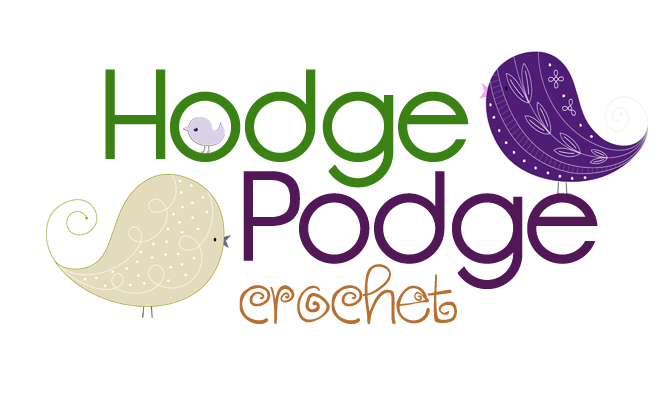 HodgePodge Crochet is the home of your average everyday yarn-a-holic.

You are not connected. Please login or register

My shop is Crow Shea

My shop is Crow Shea!

It started out by me learning to crochet so I could make my kids hats for the winter. THEN people noticed them and asked me to make them for their kids, and then strangers asked where my hats came from and I got a few orders that way! So I started my facebook page!

My Facebook Shop is https://www.facebook.com/crowshea
And My webpage (which just links to my …

So, that's kind of why I chose that name.

My business is From Home, and I am pretty new to the game. I have fallen in love with the hobby, and it helps me contribute to our household, which is a bonus!

I have links to my Pinterest, Facebook page, Etsy shop, and Twitter in my profile, so CHECK ME OUT!!!! Just don't become a weirdo stalker... that's kind of creepy.

I'm On The Hook Crafts

My little business started as a hobby and has evolved into a little side business that contributes a bit to the household!  Come visit!

Hi everyone I'm Jess from Kountry Girl Kreations  I crochet of course and I make clay hook handles.  I have posted some under polymer clay section of the forum so you all can see.  Thanks for everything and look forward to meeting you guys

Just getting this party started!

I own MoonShadow Threads which isn't really around anymore... Well it is, but I am taking an extended break from it due to personal issues. BUT I plan on getting it back up and running soon. I did some crochet but I am mostly known for my Clay covered crochet hooks. You've probably seen them on Youtube's Bobwilson123 & Yolanda's crochet channels. One of my goals this winter is to become …

Click the forum you want to post into. In this case it will be Shop Shout Out.

Then!!
Add a title and fill out the post area with all your links and goodies!!

We have 151 registered users

The newest registered user is channuai 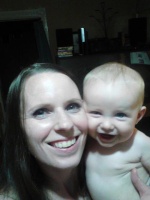 I've made my own laundry soap for YEARS now! I was very hesitant on using it at first, but the real test was my husbands GYM CLOTHES!

After washing with the homemade stuff, his clothes don't smell, and are very clean!

You only need a little bit in each load. It does not get all sudsy like the store bought stuff, but that doesn't mean it's not working.

It costs PENNIES per load.

I found a site that has almost exactly what I do so I'll post from that site here!

"
Making the Laundry Detergent
The only ingredients you actually need for homemade laundry detergent are as follows:

First thing, put about four cups of water into the pan and put it on the stove on high until it’s at boiling, then lower the heat until it’s simmering.

While it’s heating up, take a bar of soap and cut it up into little bits. I found a lot of success using our box grater, which resulted in a ton of little soap curls.

When the water is boiling, start throwing in the soap. I recommend just doing a bit at a time, then stirring it until it’s dissolved. Here, I made the mistake of just tossing in all of the soap at once, which wasn’t particularly helpful:

Stir the soapy water with a spoon until all of the soap is dissolved. Eventually, the water will take on the color of the soap you added, albeit paler. I used Pure & Natural soap for this, which was a white soap that looked a lot like a bar of Ivory.

In the end, you’ll have some very warm soap soup:

Next, get out your large container and add three gallons of warm tap water to it. I’m using a bright orange five gallon bucket that I had lying around:

To this bucket add a cup of the washing soda and the soap solution you made and stir. The borax is optional – some people say that it’s too harsh, but I’ve always found that it did a good job getting clothes clean and fresh smelling, so I recommend adding a half cup of borax to the mix.

After stirring, you’ll have a bucket full of vaguely soapy water:

Don’t worry if your batch doesn’t match the color of my own – it varies depending on what kind of soap you use. I made a batch with Lever 2000 in the past and it had a greenish tint to it, and I’ve heard reports of all kinds of different colors from other people who have tried this.

At this point, let the soap sit for 24 hours, preferably with a lid on it. I just took our bucket to the laundry room.

When you take off the lid, you’ll find any number of things, depending on the type of soap you used and the water you used. It might be firm, like Jello; it might be very watery; it might even be like liquid laundry detergent. Just stir it up a bit and it’s ready to be used.

My batch wound up being rather slimy. It had some slimy-feeling water with various sized pieces of white gelatinous stuff floating in it. Here’s what it looked like – I’m using a video here because images don’t really capture it.

Don’t worry about the texture – it’s completely fine. Just use a measuring cup and use one cup of the detergent per load of laundry. If it’s got “globs” in it, get a mix of the water and of the globs – it’ll break up very quickly in the washing machine and wash your clothes well. If you’re still concerned, you can mash up the globs quite easily, but I saw no reason to do so. "
Jaime Rose 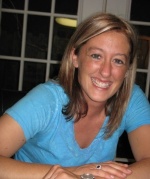 I've tried the homemade powder detergent, but prefer liquid. Our son has skin sensitivities, so I need to find a soap that is fragrance free or uses essential oils. I wonder if this would work with a liquid soap like Dr. Bronners? I may have to go hang out with Google and see what I can find.
_________________

why did she make things? well, she enjoyed it, of course; but it also somehow helped her remember who she was and where she came from.

I make our laundry soap too. I use the washing soda, Borax, shaved soap, Oxy-Clean, Baking Soda and Purex Crystals in mine. I end up with a big tub of soap that lasts for 6ish months.
_________________
"There are two things I've learned never to discuss with people; religion, politics and The Great Pumpkin." Linus Van Pelt
Jessica Flowers

Jaime Rose wrote:I've tried the homemade powder detergent, but prefer liquid. Our son has skin sensitivities, so I need to find a soap that is fragrance free or uses essential oils. I wonder if this would work with a liquid soap like Dr. Bronners? I may have to go hang out with Google and see what I can find.

just replace the laundry soap bar with a Dr. Bronners bar. I use fels-naptha and is is very mild and doesn't leave a sent on the clothes. They just smell like my water when done. I can add essential oils if I want a scent but they aren't necessary.

I do a whipped version of the liquid. I don't have room for a 5 gallon bucked so I make a more concentrated version and whip it like icing. Then only use I tbsp per load. It lasts a few months and cost maybe $3 a month to make.
Dawn Crow Shea

I do a whipped version of the liquid. I don't have room for a 5 gallon bucked so I make a more concentrated version and whip it like icing. Then only use I tbsp per load. It lasts a few months and cost maybe $3 a month to make.